Photo: Julia Gatt, below photos of Petraeus (shadow on the wall) and Brackman (photo)

After the previous editions, in which Sigdem Yuksel, Sander van Wittum and Sani Donders, among others, explored the city of Schiedam through their photographic works, this time it is the turn of Julia Gatt, Florian Brackmann and Bram Petraeus. The award has existed since 2020 and is an initiative of the Schiedam Cultural Forum. What is new is that this year the laureates are exhibiting their work at the Stedelijk Museum in Schiedam. The exhibition can be viewed from January 14 to March 6 in the museum’s new City Gallery.

Schiedam is on the move

Schiedam is in full swing. For many centuries, many economic and social transformations have followed one another in quick succession. Be it industries emerging and disappearing, constant migration flows, trade by sea or with the hinterland or great urban expansions on the northern edge of the city. No major social upheaval has passed in Jennifer’s former city. Schiedam, for example, has recently seen a huge influx of newcomers, namely former residents of the big cities in the Randstad finding a home there. Stipendium Schiedams Water aims to capture these social shifts through the lens of its talented photographers. Regardless of the subject matter, the condescension is devoid of form. The three photographers are allowed to create a photographic story about the changes they have observed in the city at their own discretion. Despite the variety of developments it depicts, there is a common denominator each year. This year, the work of the three photographers is about diversity, connection, rooting, photography, pride, awareness, and strength. It is sometimes viewed from a personal perspective on change, in order to open the door to a broader societal transition.

This year’s Stipendium Schiedams Water jury consisted of: Anne de Haij, director of the Stedelijk Schiedam Museum, Reyn van der Lugt, art collector and former director of the Groninger Museum, and Rebecca Simons, teacher of photography at the Willem de Kooning Academy and curator. They selected three promising photographers from a long list of thirty. An exhibition of the winners’ works has been shown at various locations in Schiedam in recent years. This time the exhibition is in the City Gallery in the Stedelijk Museum Schiedam. Director Anne de Haij: I defined the Stipendium as a prize that invests in talented young artists and connects them to Schiedam through their work. This fits the museum. We also ask the artists to think about the city. That is why I am glad that the fair is being held here this year. Our visitors also get to know the Schiedam (better) through the work of these photographers.” Last year, the museum purchased the work of Cigdem Yűksel’s Schiedamse Families for its collection.

Julia Gat (Israel, 1997) lives and works in Rotterdam and Marseille. She studied Arts and Humanities at the Open University in the United Kingdom. She then followed art courses at the Willen de Kooning Academy in Rotterdam and the School of Visual Arts in New York. She also takes pictures and makes videos. Her work ranges from documentaries to vertical video art, in search of interaction between people. She has received several awards for her work, such as Steenbergen Stipendium Audience Award 2021, ISEM Young Photographer in 2020 and French Prix Polyptyque in 2022.

Florian Brackmann (Netherlands, 1988) studied photonics at Eide and then photography at the Royal Academy of Arts in The Hague. After his education he settled in Rotterdam Delphshavn, in the Bospolder Tossendigken district. Out of a fascination with the multicultural society of West Rotterdam, he decided to photograph fellow residents for his project Delfshaven’s Finest (2013–present). For his series Broer (2017-present) depicting street culture and for the slide installation In Between Homes (2017-present) Brackmann travels with locals back to their homeland.

Bram Petraeus (Netherlands, 1987) studied photonics at Eddy. He lives in Amsterdam and works for NRC Handelsblad, Trouw newspaper, UWV and more. He is represented by Hollands Hugt and ANP. Petraeus has won various awards, such as De Zilveren Camera in 2022 (1st prize in the Art, Culture and Entertainment category) and 2017 (3rd prize in the National News category). He was also a finalist in the Brussels Street Photography Competition (2017).

The exhibition containing the works of the Stipendium winners can be seen in the City Gallery at the Stedelijk Museum Schiedam. This is a special room in the museum where exhibitions created with the Schiedammers can always be viewed. Stipendium Schiedams Water is an initiative of the Schiedammers and is about the social transformation of the city. Cultural Forum Schiedam knocked on the museum’s door a year ago to collaborate, and that has now led to the Stipendium Schiedams Water 2022 exhibition with works by Gat, Braakman and Petraeus. 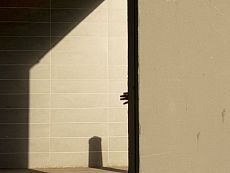 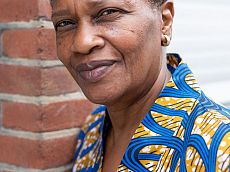 The fourth leak Wei Hu Di Mol?: “In hindsight I understand that people suspected me” | The media