The history of the Zoetermeer goes back thousands of years in time. In a series of stories we take you on a journey through this thousand years of history. From the creation of Zoetermeese Meer to the construction of Oosterheem. This time: Florida.

In 1992, the fourth edition of the Floriade International Horticultural Exhibition (The Hague – Zoetermeer) was held in Zoetermeer and jointly organized with the municipality of The Hague. In 1960, the first Het Park venue was held in Rotterdam and part of Floriade was Euromast, which opened in 1960. Twelve years later, it was first organized in Amsterdam, in Amstelpark, and since then it has been held every ten years. In 1982 it was organized at the Gaasperpark in Amsterdam again. Preparations for the Floriade at Gaasperpark were still underway when discussions were already underway about the idea of ​​bringing the 1992 Floriade to the Hague region.

Floriade is allocated and curated by the Dutch Horticultural Council. The objectives of the Horticultural Council, founded in 1908, are to strengthen the image of Dutch horticulture and to boost exports. The most important means they use for this is Floriade. At the time, this gardening board set a series of requirements for choosing a Floriade site. For example, as many visitors as possible had to live in a radius of 50-60 kilometers and preferably the site is located in or near a large city. There should be a good connection of private and public transport and the site area should be about 70 hectares. In 1984, the Horticultural Council decided to establish a Floriade in Zoetermeer, in the Rokkeveen District. 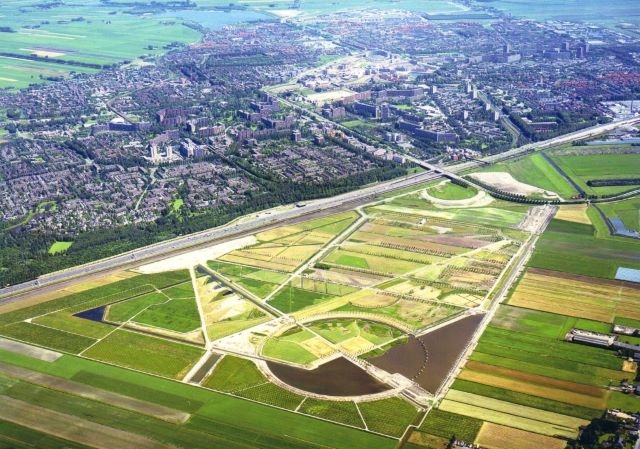 Even before the Horticultural Council made its decision, extensive consultations had already taken place between the Floriade design team and Zoetermeer’s Urban Development Department. A master plan for the exhibition area has been developed. After Floriade, the Rokkeveen-West residential area will be built on the site. This is why the concept of “residential area under development” was included in the master plan, and the dimensions of the avenue trees, windbreaks and paths were derived from the plot plan of the single family homes. It was also agreed that the original Boulder landscape should be distinguished in the design. The triangular shape was chosen, from which the boulder’s characteristic graphic pattern was woven. The triangular shape was a modern reference to Ganzevoet, a classic form of French garden architecture. Traditionally, Goosefoot consists of three “fingers,” roadways or visual axes, which meet at a central point. In the Floriade design, the roads consisted of three axes that converged at Ganzevoetplein.

The northern axis of the Gensvot River consists of a one and a half kilometer path. On the south side of this axis was a flower rambler where lantern flowers bloom in spring and then annuals. On the north side was a flower runner with over 25 different types of wildflowers such as poppies and sunflowers. Along the entire axis was an old tramway from The Hague. The central axis consists of a 3.6 m high dam with a pedestrian walkway and a monorail in the shape of a caterpillar. Via this axis, visitors to Ganzevoetplein can climb a 76-meter-high tower that offers a view of the entire exhibition area. The southern axis consisted of a dead straight waterway with three follicles on the side. Folly is a structure that has only a decorative or artistic purpose in the garden. It was especially popular in the late eighteenth and early nineteenth centuries. The waterway ended in the southwestern part of the triangular shape at Floraplace. 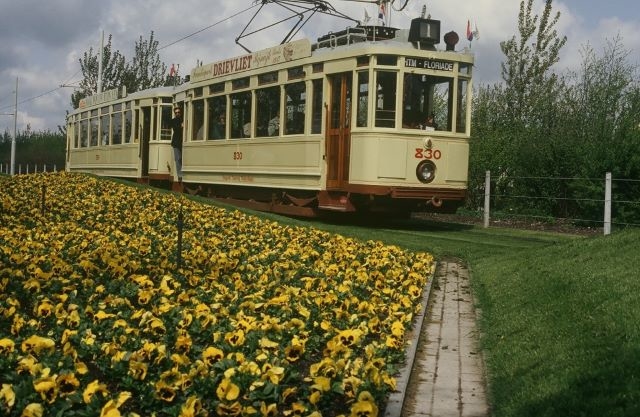 In addition, seven thematic areas are articulated in the master plan. These were 1) commerce, transport and distribution, 2) production and energy, 3) the consumer, 4) the environment, 5) the future and science, 6) the world and 7) entertainment. The World theme area includes one of the most important parts of Floriade, the gardens of the countries participating in the World Horticultural Exposition. The participating countries were Belgium, France, the United Kingdom, Germany, Austria, Italy, Hungary, Poland, Russia/Soviet Union, Thailand, Indonesia and Japan.

In the spring of 1986, Minister of Agriculture and Fisheries Brax planted the first tree, the elm, and Queen Beatrix inaugurated the Florid on April 9, 1992. During a six-month period, 3.2 million people visited the 68 hectares. After Floriade, construction of the northern part began almost immediately. Tree-lined roads, including in Woudlaan, remained intact and the southern and western parts of the neighborhood remained green. These also contain preserved parts of Floriade, Follies, Floraplas, the Rose Garden, Boulder Garden, and many more artworks. The dike on which the monorail was installed was also preserved during the Floriade and now runs through the residential area. 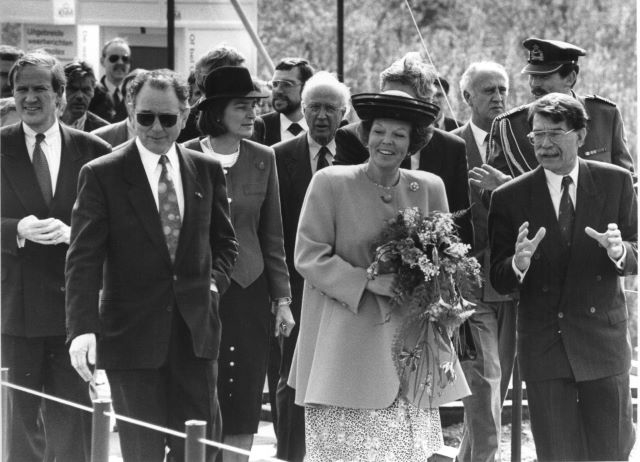 If you want to know more about this story, check out sachavanvlaardingen.wordpress.com.

By Halle Clarke 14 hours ago