In early March, Team Rembrandts competed for two days in South Florida against 33 robotics teams from 5 different countries. The Brabant delegation wins and qualifies for the World Cup to be held in Texas from April 20 to 23.

Perfection
Preparations for that grand finale are in full swing. In just one and a half weeks, Eindhoven Microlab has been working hard to complete the robot several days a week. 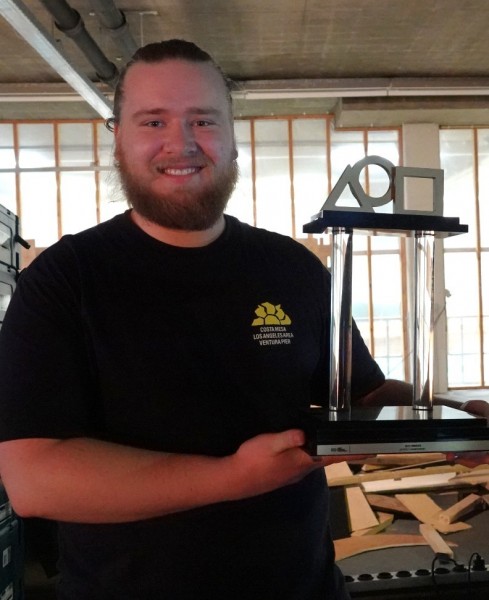 “This is the only community life we ​​have right now,” says Lawrence, a member of the Rembrandts team. “We’ve been here two to three nights a week, sacrificing our weekends for that. Now the last parts are put together. After that, driving is training.”

That, too, is essential, says Student Just. Because the competition is fierce. “In previous editions, the World Cup was divided into two parts, one in Houston and one in Detroit. Now you have a twice as big World Cup, with twice as many teams and twice as much competition.

Points of attention
Nevertheless, Rembrands has a good chance to go a long way. Lawrence: “In previous years, we wanted our robot to do different things. Now we keep it simple and focus on the most important things.

He talks about points like picking up balls and shooting. “But a robot must be able to climb. Every World Cup a new game is played. Requirements are determined in advance. We will receive the rules of the game on the first weekend of January. Six weeks later, the robot is fully finished. “

Defensive title
It’s been a while, not quite right yet. Rembrands is still trying to do everything. “Of course we go for success and have to defend our title since 2019. Prizes are awarded at various levels. In team spirit, for example, safety or engineering inspiration.

See also  Even before the polls open, the winner is already known: why Daniel Ortega is Nicaragua's president

“Because our robot is technically well put together, we have a great chance at the last stage. If we can capture that title, we can automatically participate in next year’s World Cup.

Brown will travel to Houston next week to report on Team Rembrandt’s activities and concerns on a daily basis. [Karen Luiken]

The Future of Social Media