According to a newly married couple from the UK, TV chef Gordon Ramsay is the reason their wedding day went completely wrong. Charlie Willis, 35, and his bride, Laura, 29, were shocked when Ramsay went to film with a TV crew on the beach where they would say yes. “We felt like extras at our wedding,” Willis said in an interview with The Sun. 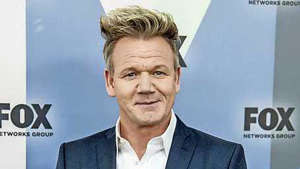 The couple had saved up so long that they could spend €2,100 on food for their guests during the wedding, but because Ramsay came to record his show Future Stars Food took over the kitchen. As a result, guests did not get the food promised by the Lusty Glaze Beach Resort in Cornwall. It was an absolute disaster. We both work hard for this and then you get this. We really felt cheated.”

Sharon Powers, the show’s executive producer, apologized to the couple and reimbursed all costs for their accommodation. “I’m so sorry we spoiled your big day and I can assure you it wasn’t meant to be. By taking the costs we hope to make it right.”

However, according to the resort where the wedding and shooting took place, there was no question of exclusivity from the beach. A Ramsay spokesperson agrees. “They have to stop whining now, because they didn’t rent the stretch of beach. Gordon’s production team also had a reservation for that day, just as more weddings were going on. On top of that, we’ve paid their bill, so we’re done with it now. And at the time , the couple found it very interesting to chat with Gordon, who congratulated them greatly. Their guests also thought it was a bit nice to be in the picture.”

See also  "No Time to Die" is approaching an important milestone