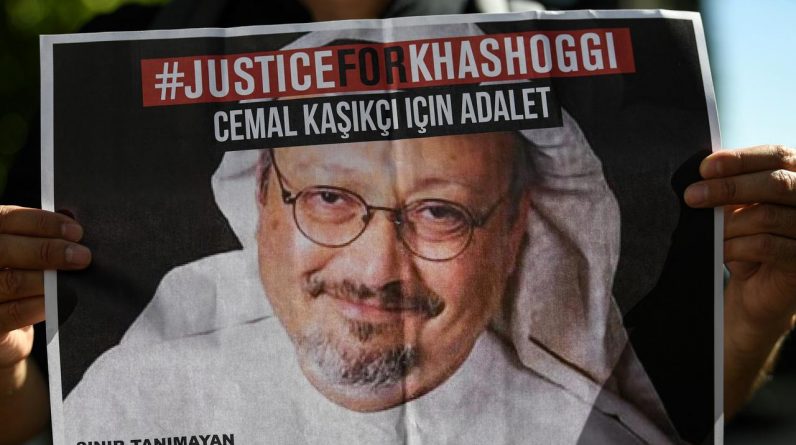 The United States imposed sanctions on key figures surrounding Saudi Crown Prince Mohammed bin Salman after it was learned on Friday that the prince was directly involved in the killing of Saudi journalist Jamal Khashoggi. Despite the UN appeal, there are no direct measures against bin Salman himself.

A declassified US report on Friday showed that bin Salman approved an operation in Istanbul, Turkey, to arrest or kill the government-critical journalist Khashoggi.

A key advisor to the crown prince and members of his bodyguard were also implicated in the journalist’s murder. In addition, the report contains the names of 21 people who participated in the Saudi operation on behalf of bin Salman.

For the murder, the US Treasury Department sanctioned a former adviser to the Saudi crown prince and an elite unit of the royal family. These are the former deputy chief of General Intelligence Ahmed al-Asiri and the RIF.

Al-Asiri, according to the United States, was the leader of the Khashoggi assassination by a leadership team. Several members of the front were among the perpetrators. The sanctions include freezing any assets of these Saudis in the United States and preventing Americans from doing business with them.

Agnes Callamard, the UN human rights expert who investigated Khashoggi’s killing, said on Twitter that the US government should take action against bin Salman himself.

Callamard said Saudi Arabia should also reveal what happened to Khashoggi’s body and where it went.

Khashoggi was living in exile in the United States and disappeared in 2018 while visiting the Saudi consulate in Istanbul. In the weeks after the disappearance, it turned out that he was killed there. His body was not found.

The Saudi government eventually admitted Khashoggi’s murder, but denies Crown Prince bin Salman’s involvement in the journalist’s murder. Five Saudis have been sentenced to death locally for their involvement. It happened during a secret lawsuit, which was viewed internationally as a mock trial. Sentences were changed to 20 years in prison at the request of Khashoggi’s relatives.