Analysts said that as more companies resume business trips and people plan vacations, Visa Inc, Mastercard and American Express are likely to see a jump in volume across borders.

“So far, despite the macro economy, you see a fairly stable consumer,” said Moshe Katri, an analyst at Wedbush Securities, adding that monthly data from Visa and Mastercard show that payments or volumes across borders have not been affected.

“Basically, the sky is not falling, at least not yet.”

Cross-border volumes are a measure of travel demand and reflect spending on cards outside the country of issue.

Sustained travel demand, combined with inflation, has caused American travelers to spend 35% more this fall than they did in 2021, according to a report from travel insurance aggregator Squaremouth.com.

Chart: Earnings change for the first half of 2022

Card companies usually make more money when rates go up because they usually charge a percentage of the dollar value of transactions.

But high inflation can weigh on consumer spending when accompanied by higher interest rates, as in the United States, which could push the economy into recession.

According to the US banking giants who announced their results earlier this month, the bleak economic outlook has not yet deterred the spending of consumers who are still financially healthy.

American Express, which is more sensitive to rising interest rates because credit cards are a major part of the company’s business, remains in a good position.

“The (credit) loss rates at AMEX have remained under control,” said Mihir Bhatia, an analyst at Bank of America Securities.

American Express will announce its quarterly results on Friday, followed by Visa and MasterCard next week. 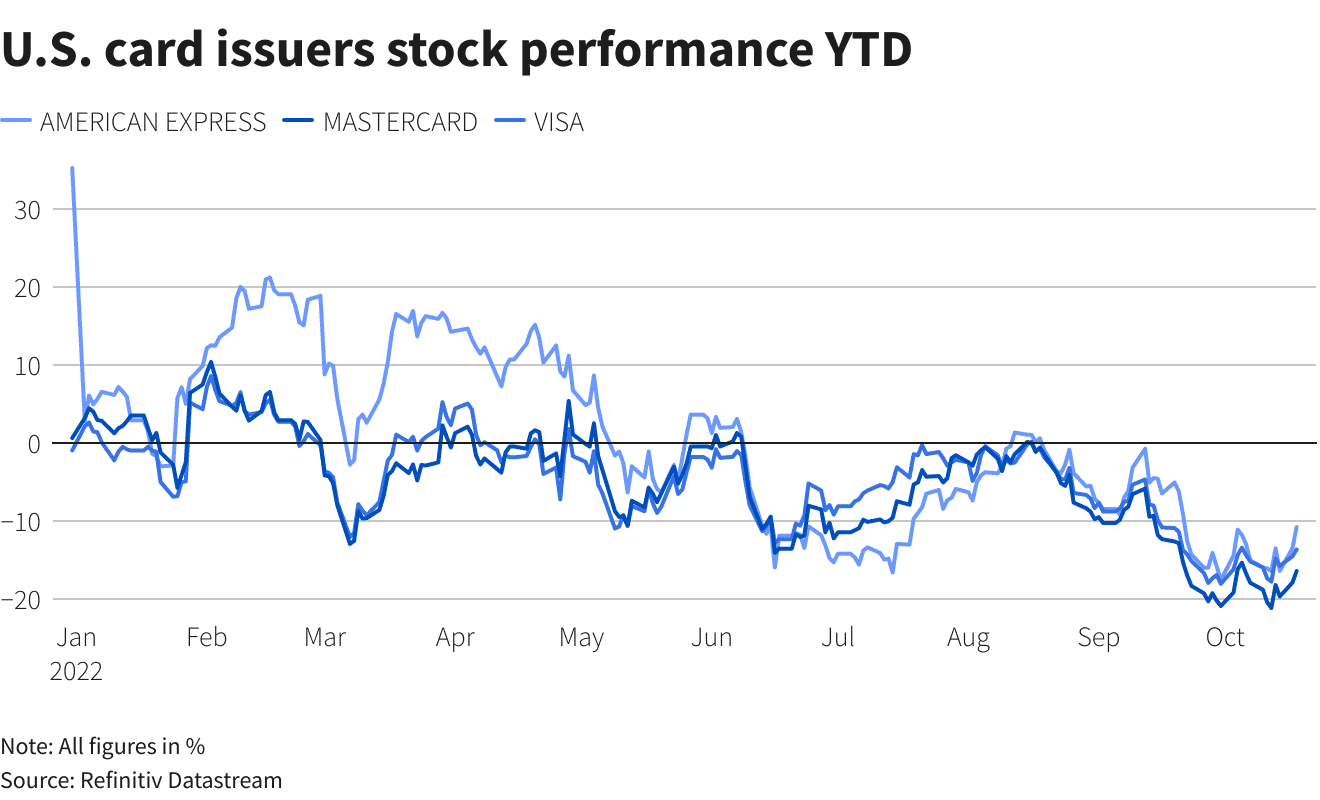 Shell wants to use nuclear energy to generate hydrogen

“You can see football is growing here.”

A relaxed Van Gaal shrugs at the awkward field play