The Mexican player Raúl Jiménez plays as a striker for the English soccer team Wolverhampton Wanderers, better known as the ‘Wolves’. Last November, he suffered a severe accident that kept him from playing for 9 months and also threatened his life. Find the latest news about Wolves’ striker.

The end of Jiménez’s soccer career?

In November 2020, Raúl Jiménez set out to play a match just like any other he was used to playing. On that occasion, the Wolves were facing Arsenal at the Emirates stadium, in London, and it was a Premier League match.

The match started off as usual but, after only a few minutes, Jiménez accidentally bumped his head against the Brazilian central defender David Luiz. He fell to the floor straight away. After seeing that Jiménez could not incorporate on his own, the referee immediately called medical services. He was given oxygen and carried away on a stretcher, both the fans and his team mates were concerned about him.

The first hours were critical and troubling. All eyes were set on his future, everyone wondered if he would be able to recover from that scary impact against the Brazilian player. There was no official diagnosis.

After a few hours, it was confirmed that the Mexican striker had suffered from a major traumatic brain injury and a skull fracture, for which he received emergency surgery at a London hospital.

The aftermath of Raúl Jiménez’s injury

Upon waking up, Raúl Jiménez said he had no recollection of the collision. He has said that he only remembers arriving at the stadium, leaving his things in the dressing room and then going into the field. After that, it’s all black for him in his memory.

He also has trouble remembering what happened at the hospital. He has explained that he has a vague memory of being hospitalized, but nothing clear.

He spent a total of 10 days in the hospital, during which he asked to see footage of the accident. The player said it did not look necessarily traumatizing to him, it seemed to him like a normal collision any soccer player might have during a game. 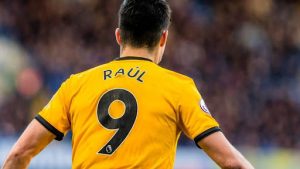 After a successful surgery, it has been a long, difficult road to recovery for Jiménez.

First, he had to endure physical therapy sessions on his own. It was in March of this year that he started training with the Wolves again. His headers have been limited due to obvious reasons. However, he has said that performing his first header after his injury made him feel more at peace, knowing he would be okay to play again.

Initially, doctors had warned him that he might never be able to play soccer again, however, there was no doubt in his mind that he would recover and go back to the field.

“Doctors told me it was a miracle to still be here”, said Jiménez in a troubled yet celebratory tone. He is glad to be able to play again but not without precautions. He will wear a headgear designed to protect his head for the rest of his career.

Back with his head in the game

Jiménez came back after his brain injury in August of this year. It was the opening Premier League match, the Wolves against Leicester, and he played for the full 90 minutes of the game. 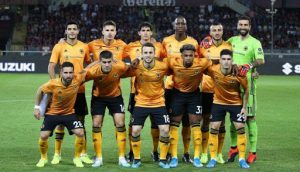 Raúl Jiménez was congratulated by his teammates and by the rival team’s players, who were all glad he had had a successful recovery and was okay to play again. Later on, he scored his first goal in a 1-1 draw against Stoke in a pre-season friendly.

Everything points to the fact that, with a few precautions, the 30-year-old Wolves player will be okay and will keep on building his career.

Rutte and Johnson discuss a future without a strong American | Policy

Match reports? We like to provide stories that make watching sports more interesting