Sony sues Huawei over the Watch GT smartwatch series. Sony Interactive does not want Huawei to use the “Gran Turismo” designation.

Huawei has released many wearables over the years. In addition to the regular lineup, the company also carries the Watch GT series. The name “GT” refers to the Gran Turismo racing cars – known for their high performance and luxurious looks. The first Huawei Watch GT was released in 2018, followed by the Watch GT2 in 2019. We are now two years away. Although the Watch Series 3 was announced in June of this year – as HarmonyOS’ first smartwatch – no new GT model has been introduced.

However, this does not mean that Huawei does not have a new GT3 watch in the planning. However, research by LetsGoDigital showed that Sony Interactive is not fond of Huawei’s choice of name. This has led to several lawsuits, which are still ongoing. The reason for this is a number of brands that Huawei has applied to acquire in Europe for future GT watches.

Sony completely contradicts Huawei because of the Watch GT series

The story began in 2015, when Huawei Technologies filed a trademark with the European Union Intellectual Property Office (EUIPO) for the designations “GT3” and “GT5”. After a trademark is submitted, it is evaluated, which means that it takes some time before it is approved. In the meantime, other parties may object to the trademark.

In 2016, Sony Interactive first filed an appeal, after which the company appealed again in 2019 against the trademarks that Huawei applied for. exquisite details; During this period, both Huawei Watch GT and Watch GT2 were launched.

The parties involved did not reach an agreement among themselves. At first, Huawei was right. However, Sony does not give up easily. In August this year, the company launched a new lawsuit – according to the above-mentioned official documents published by European Union. The fourth chamber’s decision has been overturned and a new investigation will now follow.

Gran Turismo is a popular racing game series developed by Polyphony Digital and released by Sony Interactive Entertainment for PlayStation game consoles. Next year will see the release of Gran Turismo 7 – often abbreviated as GT7. The Japanese manufacturer believes that it has the exclusive right to the Gran Turismo name. On the other hand, Huawei believes that the “GT” designation simply cannot be claimed by Sony. So the Chinese manufacturer does not intend to abandon its Watch GT lineup without a fight. 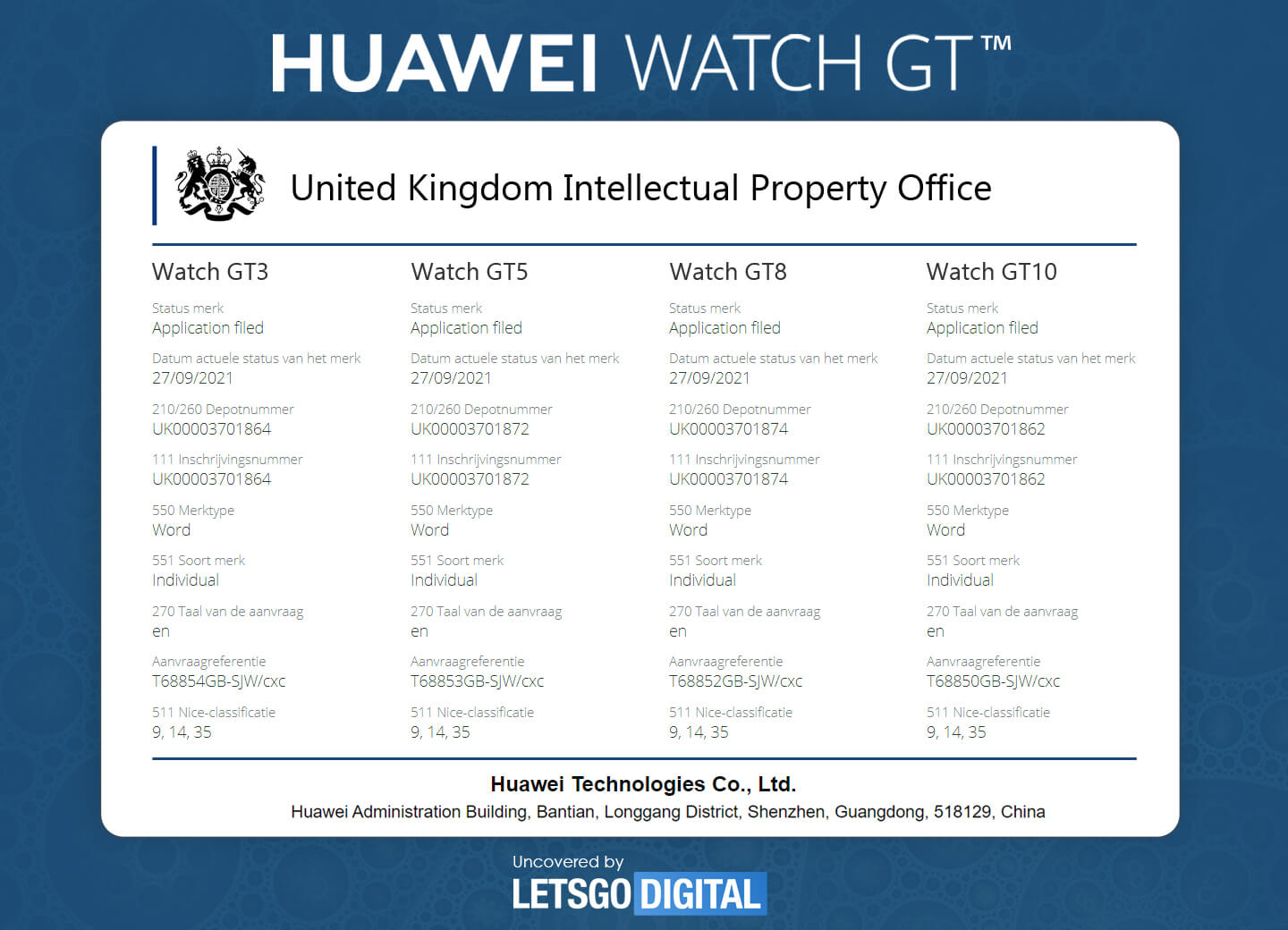 At the beginning of this week, this led the Chinese manufacturer to also apply for the same brands in the UK – which is no longer part of the European Union.

On September 27, 2021, Huawei Technologies filed a trademark with the UK Intellectual Property Office (UK IPO) for the model names GT3, GT5, GT8 and GT10. Brands are classified as Class 9/14/35, where the description refers to watches and wearables. Applications are still “under examination”.

In any case, Huawei appears determined to keep the Watch GT lineup alive. How this pending lawsuit will end is currently unknown. However, at the moment, it is not excluded that the Watch GT3 will be released. We will watch it for you!

The security agreement of the United States, Australia and the United Kingdom has drawn criticism from China

“No Time to Die” is approaching an important milestone