In February 2022, there was a two-day IPL mega auction where the Delhi Capitals were able to assemble a team of 24 outstanding players. Before the auction, DC retained the following players: Rishabha Pant, Prithvi Shaw, Henrich Nortier and Axar Patel. It should be noted that the team’s playing staff is one of the strongest in the league.

Delhi Capitals have performed well in the past IPL seasons. They have made the IPL playoffs in all the last three tournaments but failed to win the IPL title.

The DC team is determined for the new IPL 2022 season. A lot will depend on the main players of the team. For some of them, this tournament will be important for both personal and team growth. To understand this better, we take a look at three players of the Delhi Capitals team.

Are you looking for a new way to make money?

Betting on cricket is one of the most popular ways to make money in India. With IPL 2022, you can bet on every game and make a lot of money.

You don’t have to be a cricket expert to win big with ipl 2022 betting. We provide all the information you need to make informed bets, so you can increase your chances of winning.

Sign up now and get started with ipl 2022 betting!

Will Sarfaraz Khan Be Useful to the Delhi Capitals? 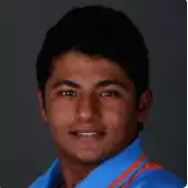 Sarfaraz Khan first participated in the Indian Premier League in 2015. That season, he was a member of the Royal Challengers Bangalore. During his career, Sarfaraz has played 40 matches and performed for the Punjab Kings team besides RCB. During that time, he has managed to score 441 runs in 28 innings. At the same time, his average is 23, 21 and his strikeout rate is 138.24. In recent times, Sarfaraz Khan has shown great success in domestic cricket, which will undoubtedly have a positive effect in the new season of the tournament.

According to the decision of the DC team management, Sarfaraz will play as number 5 in the proposed playing lineup of the team. However, there’s a good chance that Khan could be promoted to No. 3 in the first few games due to the absence of Mitchell Marsh.

Sarfaraz Khan needs to prove himself in the Delhi Capitals playing squad during IPL 2022 as this season will be crucial for him.

Will Kuldeep Yadav Return to His Former Glory in Ipl 2022? 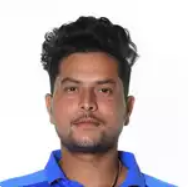 Kuldeep Yadav first participated in the Indian Premier League in 2016. At the time, the player was a member of the Kolkata Knight Riders as a spinner. After that, he played in 45 more matches and collected 40 wickets at a save percentage of 8.28.

In recent times, Kuldeep Yadav hasn’t been happy with his results in Twenty20 cricket, and from that his international career has gone downhill. Since 2019, the player has managed to take only 5 wickets out of 13 matches in the league at a save ratio of 8.40. Varun Chakravarthy took over the role of spinner for Kolkata Knight Riders (KKR) in the 14th IPL season, while Kuldeep Yadav asked for the entire 2021 league season on the bench.

IPL 2022 will be crucial for Kuldeep Yadav. It is his chance to remind himself of his qualities and return to his former form.  In the new season, Kuldeep will be the second spinner of the Delhi Capitals XI team after Axar Patel. These two players could prove to be very useful and effective, as Kuldeep is an excellent wicketkeeper and Axar is a defensive spinner.

Will Mitchell Marsh Lead the Delhi Capitals to Success in Ipl 2022? 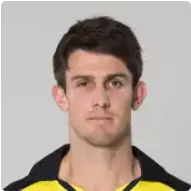 For the first time, Mitchell Marsh, a versatile cricketer from Australia, took part in the IPL back in 2010. At that time, Mitchell was a member of the Deccan Chargers team. Since then, he has played 21 matches in which he managed to score 226 runs.

Before the ICC T20 Men’s World Cup, Mitchell Marsh’s role as a player changed slightly: he was promoted to the top order of his team. In the World Cup final, Mitchell performed well and won the Player of the Match award.

During the IPL 2022, Mitchell Marsh will replace Shreyas Iyer in the Delhi Capitals batsman role. For Mitchell, participating in the new league season could be a great opportunity to come out on top in the standings and establish himself as a top cricket player.

Qualifiers completed at the World Cup Stadium in Yankton

Relocation in the US? You also need an ESTA