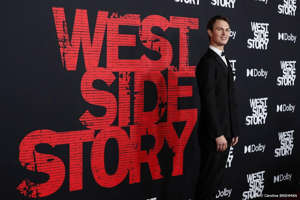 © ANP
West Side Story underperforms in cinemas than expected

West Side Story had a disappointing opening weekend. The film did not attract crowded theaters in the United States in its early days and has so far grossed $10.5 million. American media reported that the remake of the 1961 classic was worse than expected.

Initially, a revenue of $15 million was assumed, based in part on reviews on well-known review sites and the fact that the film was directed by Steven Spielberg. CNN attributes disappointing ticket sales to the coronavirus. For example, there are concerns about the new Omikron variant and the older audience is reluctant to go to the cinema again. According to the news channel, the musical theatrical films have been performing less well in recent times.

West Side Story is a contemporary adaptation of the story of Romeo and Juliet. The musical tells of two young rival gangs, Tony and Maria, who fall in love. The play premiered on Broadway in 1957 and received six Tony nominations at the time. The ensuing 1961 film, starring Richard Bymer and Natalie Wood, won ten Academy Awards.

The main roles in the new version are played by Ansel Elgort and Rachel Ziegler.

See also  Despite criticism, the release of Pixar's "Luca" was a success