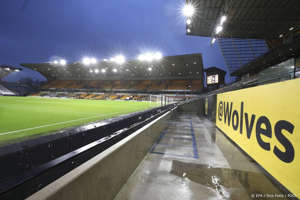 The label was created with the help of the British distribution arm of Warner Bros.: Alternative Distribution Alliance (ADA). Producer, singer-songwriter SX and Peter Rodge, former director of The Rolling Stones and The Who, help make the project a success.

Both men are from Wolverhampton and are dedicated to the football club. For example, Rudge says that he was born near Wolves Stadium and that he attended matches with his uncle when he was a young boy. “Wolves and the city of Wolverhampton are close to my heart,” says SX. The producer wants to do everything in his power to give musical talents from the region opportunities and make Wolves Records a success. “It’s great that my team is the first club in the UK to start with music in this particular way.”

Wolves Records has created a special site where artists, producers, and bands can record.

The security agreement of the United States, Australia and the United Kingdom has drawn criticism from China

“No Time to Die” is approaching an important milestone