This is evidenced by a survey of more than 9,000 consumers from Australia, Germany, Finland, the Netherlands, Norway, Austria, the United Kingdom, the United States of America and Sweden. 1010 Dutch participated in this. The research is part of an ongoing study of a payment service provider Clarna, Which is set up to stay up-to-date on how consumers view a variety of topics. In addition, the company analyzed all transactions in the three weeks before and after the reopening of physical stores in the Netherlands. The results relating to the Netherlands are recorded in the publication Shopping Pulse: The Netherlands.

The research shows that, especially in the home and garden category, spending has clearly shifted from internet to offline after the store reopened. Based on the research results, the same effect is expected in the apparel and footwear sector. However, as yet no clear increase or assumptions can be seen here in the share of spending in the online domain. 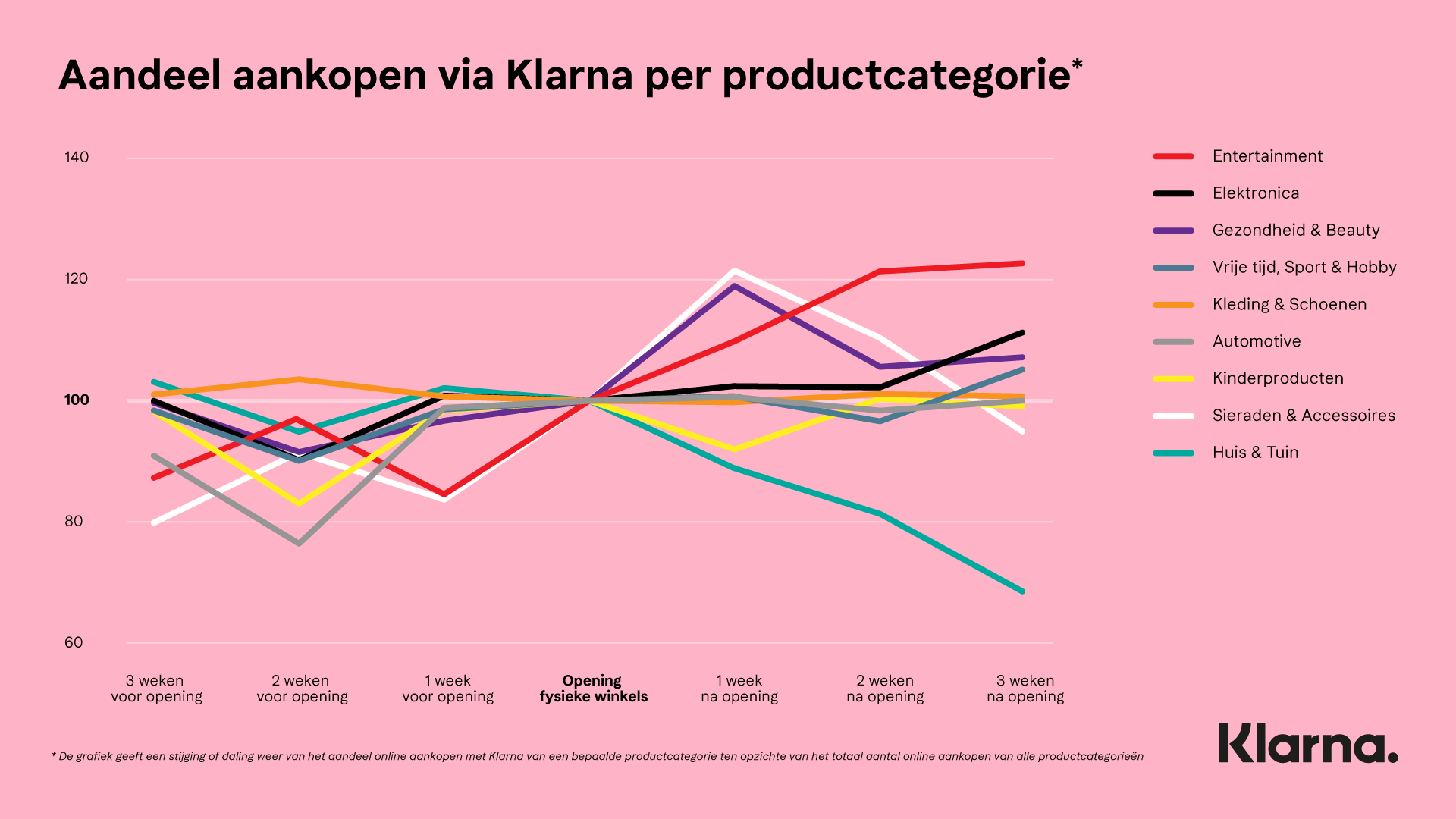 Effects are shown in the graph. The graph shows an increase or decrease in the share of online purchases with Klarna for a specific product category, compared to total online purchases for all product segments. The easing of COVID-19 measures in the Netherlands is showing a clear effect.

These are the most important shifts in the spending pattern of Dutch consumers:

In April 2021, Klarna published the first insights from this ongoing research on consumers and their behavior in shopping. An important part of this first study was an international survey of consumers with questions about shopping behavior at the time and after the pandemic. That study found that more than half (58%) of shoppers bought their clothes online in the month leading up to the study, but plan to purchase fashion items in traditional stores more often after the pandemic. However, this effect is not yet reflected in the share of purchases in this category. This share remained virtually unchanged compared to the week before the store reopened.

“The epidemic has given a major boost to digital transformation and has a lasting impact on people’s shopping behavior,” said Viveka Soderback. Consumer Insights Manager In Klarna. “Our consumer survey shows that more than half of shoppers believe they will make the majority of their purchases online in a year. However, the Dutch previously also indicated that it is for a long time to be able to shop on physical shopping streets again. Now that this is possible. Once again, we are seeing a clear change in the consumer behavior of shoppers. Only later can we say what the impact will be in the long term. But this initial analysis provides a picture of categories that seem to remain more online oriented than other sectors. We suspect stores are becoming more and more online. Increasingly a place of inspiration and experience. The fact that home and garden products are now being bought in physical stores supports this idea.