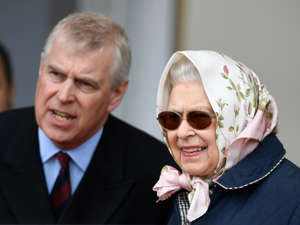 Queen Elizabeth struggles with having her son Andrew stripped of all his royal titles due to an abuse scandal. This is what an “informed source” tells the British newspaper daily Mail.

A lawsuit has been filed in the United States against 61-year-old Andrew for sexual assault.

Until last Thursday, Elizabeth was reluctant to strip her son of his military and royal titles. According to the source, she does not want to interfere in the case against Andrew. That changed when it became clear that a judge in the United States had allowed potential victim Virginia Joffrey to continue her lawsuit against the prince.

According to the source, Elizabeth took action because it is impossible for Andrew to resume his public life, even if he is acquitted. Buckingham Palace believes his name will never be erased.

The Queen is said to have been guided by Prince Charles, Andrew’s older brother. He allegedly urged his mother to take action. According to Charles, it is unacceptable for a member of the royal family to use a title in court to defend themselves against such serious allegations.