Mike Schlosser is the highest qualified Dutchman in the world championship field with 814 points and fourth in the compound men’s. Luuk Wisselink scored three points over the unknown distance and finished fifth in the men’s under-21 recurve with a total of 637. Gaby Schloesser scored twelve points more than yesterday and comes in thirteenth place with a total of 614 points. Recurve women.

The tournament continues today at 09:45 local time (4:45 pm Dutch time) with individual matches with KP against Sweden’s Sandra Nyberg. Luke will play a currently unknown opponent at 11:15am local time (6:15pm Dutch time). And Mike’s enemy is unknown. He will be in action at 16:15 local time (23:15 Dutch time).

On the first day of the World Field Championships in Yankton, United States, TeamNL archery athletes took the qualifying shot over an unknown distance. A tough day on a technically challenging course.

Luuk Wisselink is the best performing Dutchman with 317 points and is currently sixth in the Recurve Men’s Under-21 category. Mike Schlosser scored 403 points, tied for seventh place, and Gabby Schlosser scored 301 points. 13th provisionally qualified states. “All three of us left a few points in our opinion” says Mike Schlosser. “It was a technically very difficult course, even on foot. But a very nice ground circuit“

Today Luke, Gabby and Mike continue to qualify at known distances. Today is the day they hope to make a difference. 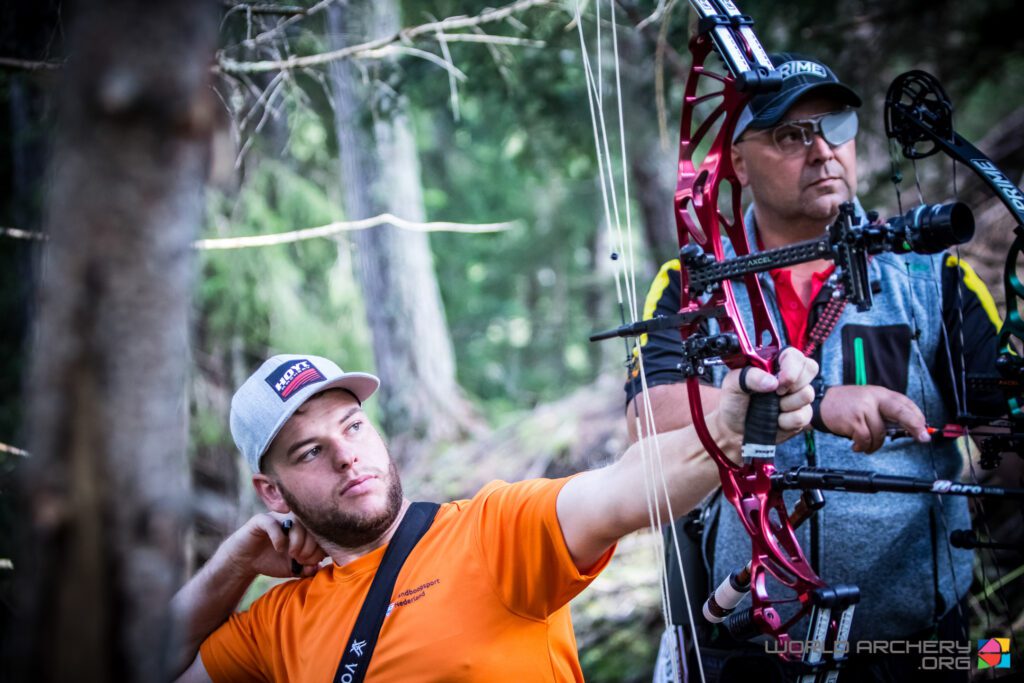 In the first week of October, the World Field Championships will be held in the United States. Yankton will host the World Cup, which was originally scheduled for 2020 but was moved at that time due to the COVID-19 pandemic.

The competition begins with official training and equipment checks on Monday 3 October for 190 athletes from 24 countries and concludes with the final on Sunday 9 October. Qualifiers will be around Gavin’s Point Horse Camp and Lewis & Clark Recreation Area. Individual competitions and finals will be filmed around the NFAA Easton Yankton Archery Center

The following athletes will be in action on behalf of TeamNL Handboog:

Apart from our three athletes, there are more Dutchmen at the World Championships in Yankton. For example, Robert Erika and Niels Beutenhuis act as referees for World Archery, and photos are courtesy of Dean Alberga.

During the World Championships field, you can monitor our website and social media where we report on the performance of our athletes on a daily basis.

What you think: The World Cup really starts now, with the Netherlands beating the USA with ease

By Halbert Geis 3 hours ago

Mike is a professional bowler: ‘But studies come first’

By Halbert Geis 19 hours ago

South America vs Africa: Who will advance to the knockout rounds? | 2022 FIFA World Cup

‘Football vs Soccer’ battle ends in bloodless draw: US wins clash with Iran