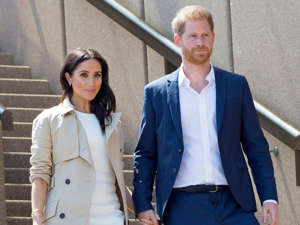 Prince Harry ‘cannot return to England’ due to security risks. A statement from his spokesman said Harry, his wife Meghan Markle and their children Archie and Lilipet did not feel safe in the country without proper protection.

Harry pays for his personal security at his California home. However, Harry and Meghan’s US security services cannot provide the necessary security while the couple are in the UK with their children.

The family spokesperson maintains that Harry and Meghan have never made paying for their security a problem. They don’t want to burden the British taxpayer with that. On his last visit to England in July 2021, for the unveiling of a statue of his mother Diana, Harry did not feel safe due to the lack of adequate protection.

Harry says he feels compelled to say something about the situation, because British newspapers have started reporting it. “The UK will always be Prince Harry’s home and the country where he wants his wife and children to feel safe,” the statement concluded. “But with the lack of police security comes great personal risks.”