Mike is one of dozens of top athletes on the Fontys student base. His Interest: Bowling. He’s been doing it since he was nine years old, when the bowling ball really started rolling.

“We went to Juliana Dorb with the family, where we had fun bowling,” the student recalled. “I was really good then and my dad’s light went on. Should I sign up with the local bowling club? We immediately started looking.

Mike joined a club, trained and honed his skills. In 2011, he played his first game. “It was a summer tournament in Sittard where bowlers of all ages could take part. As an eleven-year-old boy I won the tournament and won €1,500 in prize money with it.

Dutch team
That one match fueled Mike’s love for bowling. “Then my father asked: ‘Mike, do you want to be a local hero or do you want to go full speed ahead and make it a great game?’ I didn’t care what I had to do or give for it. I was determined to go far.” 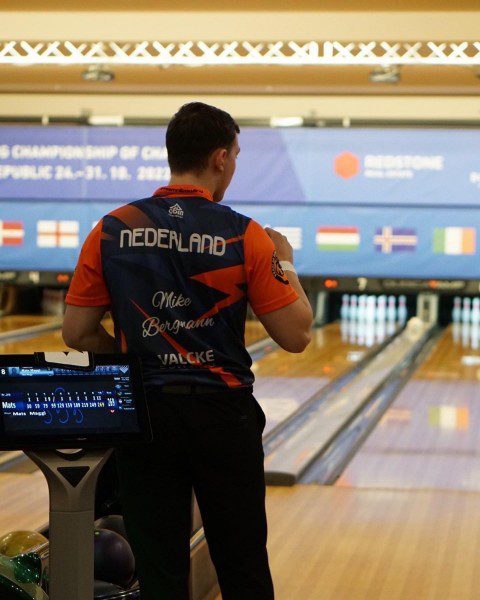 And he came. At the age of thirteen, Mike was invited to the Dutch team’s pre-selection, and a year later he was invited to the same team. He won the gold medal in doubles. Three bronze medals. He became the champion of national youth competitions for five consecutive years. Last year he won the European Championship. “This year I was allowed to participate again, but unfortunately I couldn’t defend my title. I came second.

Bowling is not Mike’s only passion. It’s a great game that takes a lot of time. Training four times a week, two matches, one day off. He works on it six days a week. He also does full-time training between institutions.

“Fortunately, I can use Fontys best game plan. In concrete terms, this means, if necessary, I can request postponement for certain things. For example, in September, I often had to travel abroad for international competitions. A month later I was able to arrange with the school to start my internship.

safety net
Although Mike likes to spend all his time bowling, school comes first at the moment. If only there was a safety net in case his bowling career didn’t pan out as expected. “I had to get my diploma before I could accomplish anything,” says Mike.

When the piece of paper came in, what were his plans? Book a ticket, board a flight and fly to America. “It’s very easy to make money there as a professional bowler,” explains Mike. “In the Netherlands, small sums are involved. In fact, you pay more in entry fees than you win. No matter how good you are, you won’t get rich here,” he said.

In America you can. There they live for sport, according to Mike. Being a champion can earn you a few hundred euros here, but on the other side of the ocean it’s thousands of euros. “If you get to the finals, you already have $1,000. Do you win that final? Then you’re talking about $100,000 pretty soon. [Karen Luiken]