Kim Kardashian paid tribute to ex-husband Kanye West on Father’s Day despite their divorce three months ago. On social media, she honors him as a father, just like other fathers in her life. 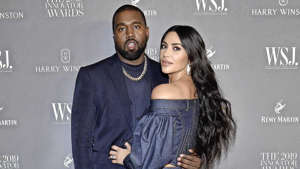 In addition to a photo of Kanye, who has four children, the reality star also shares photos of her late father, Robert Kardashian, brother Rob, Caitlyn Jenner, Scott Disick, Tristan Thompson, and Travis Scott. Happy Father’s Day to all the great fathers in our lives! I love you unconditionally!!! ‘, she commented.

Although she honors her ex-husband as a father, he was not as good as a husband to her taste and she lacked intimacy. “I realize these are the little things that I don’t have. I have extravagant experiences, and I’m grateful for that, but I want the smaller moments. I want someone I have a favorite series with,” she said in keeping up with the Kardashians.

Kim filed for divorce in March. Things weren’t going well between her and Kanye for a while. For example, Kim reportedly had a hard time with Kanye’s fickleness, several of his Twitter speeches and the fact that he tried – unsuccessfully – to become President of the United States.

Kanye is said to be dating Russian model Irina Shayk and does not want to do more with the Kardashian family. Recently, he also stopped following Kim, her sisters Khloe, Kourtney, Kylie, Kendall, and his ex-mother-in-law Kris on Twitter.

See also  Britney Spears criticizes her family: "I have not forgotten what they did to me" gossip