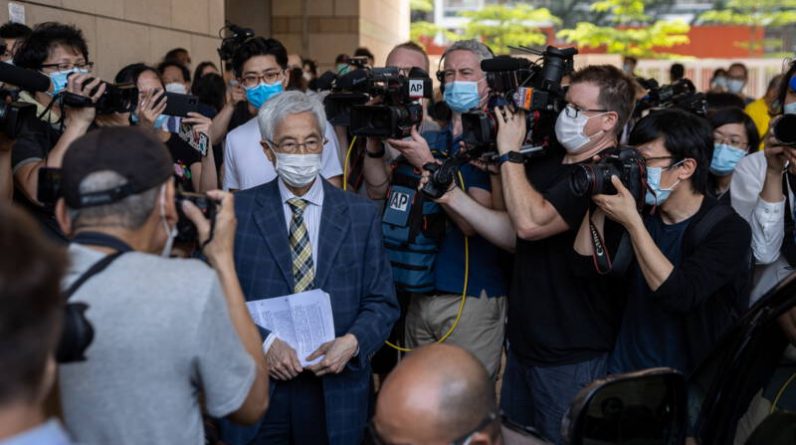 Seven prominent members of the opposition are guilty of organizing and participating in an illegal rally in 2019, a Hong Kong court said. Their verdicts will be heard later this month. Lawyers assume they will receive prison terms of between one and a year and a half.

It is a day demonstration August 18, 2019. Hundreds of thousands of residents of the former British Crown Colony then demonstrated against the Chinese government and the pro-Chinese administration of the city, in particular against a law permitting the extradition of suspects to China.

The organization obtained permission from the police to meet in a park, but since the park was so small, the participants also demonstrated elsewhere in the city. The judge said that peaceful protest is permitted in Hong Kong, but says there are limits. Public order and security must not be endangered. That could have happened in this case.

The suspects include former lawyer Martin Lee (82), media mogul Jimmy Lay (72) and human rights lawyer Margaret Ng (73). Lee was one of the founders of the Democratic Party in the 1990s, and he and the other suspects listened motionlessly as the judge read the verdict.