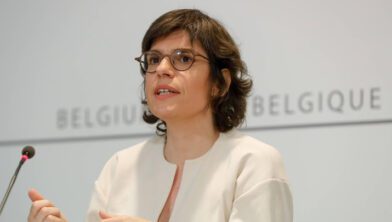 Belgium’s energy minister wants to deduct surplus profits for energy companies with an additional tax. They will have to pay a quarter of the extra profit, if it is up to Minister Tinne Van der Straeten.

Energy prices have been exceptionally high for more than a year now. As a result, citizens and businesses find themselves in a bind, although here and there governments have tried to mitigate the need.

The UK, Italy, Spain and Romania, among other countries, are already taxing energy companies more now because they are so profitable. The House of Representatives feels that too. The Council of Ministers sees some of the objections and is still studying them.

The Green Minister explained in Parliament that the new Belgian tax will apply to all electricity, gas and oil suppliers. Their earnings are compared every quarter with the same period last year. If it increases by at least €100,000 and at least 10 percent, then an appraisal of 25 percent will follow.

Van der Straeten still had to seek government and parliament approval for the plan. You do this when making budget plans after the summer.

See also  Once again, a Dutch organization is demanding a lot of money from Apple