Hockey in America. More and more Dutch youth are seeking adventure in America. But how does it work, what does it cost, and what’s in it? Dion Van Allsum (age seventeen, Hurley O18-1) explains it to you.

She got into the car at seven in the morning. Departed Gastricum for Eindhoven. Because it was there. There she had to focus on herself. In front of about twenty American coaches from different universities. A big exam day full of peers with the same dream: to play hockey and study in America. A morning full of hockey, clinics and parties. Perhaps an afternoon filled with information and conversations with future coaches.

Her dream started about fifteen months ago. Van Allsum never thought about playing hockey overseas. The hockey craze began as a little girl in Gastricum, where she soon joined her three-year-old sister’s team. She wanted to play hockey at a high level, but preferably with her peers. So she went to Hurley. He joined the B-Minors and was allowed to join the big leagues last season.

She loved to go on adventures

Her introduction. First dream come true. But a year and a half ago, a new dream appeared. Plays hockey and studies in America. And it started with a message. “I opened my phone one day and saw a DM from Slamstocks on Instagram. They looked at my profile and thought I would love to take on such an adventure. I had never thought about that before, but the news got me thinking. After discussing it with my parents, it became clear. This is for me.’

Slamstacks is one of the companies in the Netherlands that helps athletes play and study in America. Founder Pedro Moll sees a growing number of women in hockey. Hockey is one of our biggest sports. It is becoming more and more popular. In the Netherlands it is sometimes difficult to combine hockey with your studies, but in the US it is easy to combine it at universities,’ he says.

Selection day (as they call it a showcase) is an important moment at Oranje-Rood. Because with all those American coaches, it’s time to put yourself in the spotlight. Twenty foreign coaches watch in the Eindhoven stands as the numbered colored jerseys battle each other across two stadiums. Paper and pen in hand one after the other.

‘On this selection day there are about sixty girls walking around, all of them wanting to go to America’, continues Moll. ‘It’s convenient. The Netherlands is known as a good hockey country, which makes the universities very impressive. A Dutchman who wants to play baseball or basketball in America has a very difficult time.

What will it cost?

‘This is where most of the group that hangs out goes,’ adds Moll. ‘But you must pass school and be good. We guide them through the entire process. Some young men are aiming for the summer of 2023, but there are also women who don’t want to go until 2024 or 2025. That also depends on the scholarship you receive. For some, practically everything is paid for. If you get eighty percent, it costs the university $50,000, for example, and you have to pay twenty percent of that amount yourself.

Van Allsum naturally expects the best scenario, a ‘full scholarship’. So she doesn’t care if she leaves next summer or the summer after that. ‘School and clothes are the most important things for me. It’s not whether I’m going in 2023 or 2024. It seemed so unreal recently. But it’s getting closer. I’m going to give it all up. Make a fresh start. The whole process lately has made me a lot more mature. I can’t wait until the time comes.’ 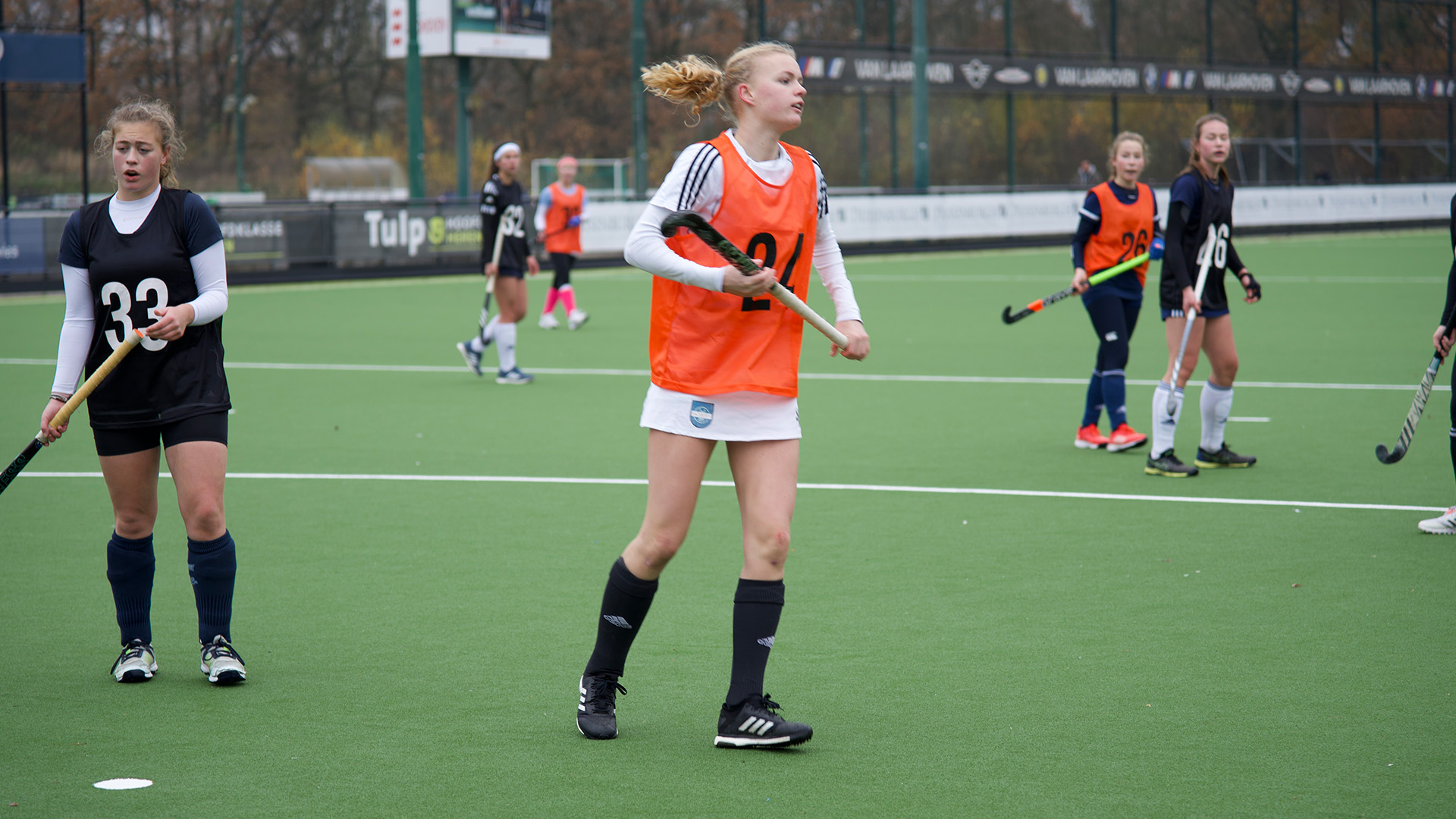 The young man has been in touch with three universities for some time. They have reported to Slamstacks based on its structured profile. There they see who I am, what my grades are, how I play hockey. I’ve been working on my profile lately. For example, by collecting images.’ All three universities are looking forward to her arrival. So anyway a trip to America is a must. She can’t wait to spend more time, especially with Hawkeye. “Hockey comes first. That’s what I want. I get a lot of energy from it. Hockey really comes first for me.’

Van Allsum intends to stay in the United States for four years. Moll also suggests: ‘Most coaches want someone on their team for the long term. Students who go for a year often want to stay longer. They are still young and cannot decide in advance what they want. If you return to the Netherlands after such a long time, we have a program to take care of them and help them find a job. Top athletes with good networking and English language skills are in high demand.’

That language would be nice, because Van Allsum had already lived in America for two years as a toddler. But she will definitely miss her family. ‘That would be the hardest. But they want me to do this. They give me adventure. Then I can only do one thing: I want to make them proud.’

By Halbert Geis 7 hours ago

Was Jaitson Singh unjustly imprisoned in the US for 39 years? (video)

ASML agreement between the Netherlands and the US is imminent

Here’s what you should know about PSV’s new technical boss, Ernest Stewart