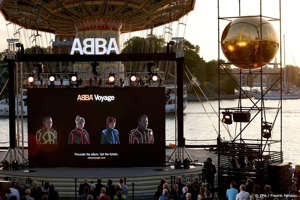 Swedish band ABBA broke records again less than a week after announcing their new album Voyage. In the UK, more than 80,000 people have already requested the new album within three days, according to the Daily Mail.

This is the largest pre-order in Universal Music’s record label history, according to the newspaper. ABBA’s two new songs, I Still Believe in You and Don’t Shut Me, immediately entered the top ten.

On Monday, thousands of ABBA fans in the Netherlands have already bought tickets during the so-called pre-sale tickets for the hologram concert series that can be seen from the end of May in a private arena in London. It’s about fans who signed up for the new album Voyage, which will be released on November 5, immediately after the announcement. Regular sales of the special series will begin on Tuesday.

ABBA Voyage Concerts will take place at Queen Elizabeth Olympic Park in London. The four band members have recorded the concerts and will appear in 3D form. They look like ABBA members during their heyday, in the ’70s. It’s the first time in forty years that ABBA has released new work and performs.